Is tea carbonated as in is it the same as glugging down Cola or Red Bull? As a professional dietician, I get this question a lot. The simple answer is, no. The usual hot cup of tea you brew at home is not a carbonated drink. However, it is possible to drink tea carbonated if you desire.

Tea is what we nutritionists call a “natural drink” as opposed to an artificial beverage like Pepsi. In the early 2000s, the energy drink industry expanded and rebranded itself. As a result, some natural beverages like tea became available as carbonated drinks. This has led to some confusion if tea is naturally carbonated.

I hope to clear some of that confusion in this article. Here’s what you will learn:

A drink is carbonated when carbon dioxide is dissolved in it. As such, carbonated drinks have a signature “fizzy” texture, where small bubbles float up if you pour the liquid into a glass. Tea does not bubble up like this either before or after preparation.

It’s common to refer to carbonated drinks as soft drinks, soda, or pop. Companies today mostly make carbonated beverages artificially from scratch. Some famous examples of these include Mountain Dew and Pepsi.

It is possible to make fizzy sodas from natural drinks as well. If you have seen sparkling water at the supermarket, this is a prime example of a natural drink that is carbonated.

Not all iced teas are carbonated. Lipton does sell a non-carbonated version of their Lipton Peach Iced Tea. Iced tea mixes are not carbonated either.

Just check the label if you are not sure whether a product has undergone the carbonation process. As a general rule, keep in mind that if it doesn’t bubble, it’s not carbonated. 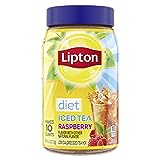 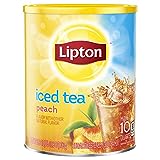 Which Drinks are Not Carbonated?

Any drink that does not bubble up in a cup is a non-carbonated beverage. All-natural drinks, such as water and fruit juice, fall into this category.

Can Tea be Carbonated?

You can carbonate any drink with water in it, so tea is not an exception. In fact, beverage companies have been carbonating tea since the early 2000s.

Mass producers carbonate tea by brewing loose-leaf tea first and then industrially adding carbon dioxide to this mixture.  You can typically buy carbonated teas chilled and the drinks are served cold too. Higher temperatures make the bubbles disappear, making the drink “flat.”

You can carbonate tea at home if you like. First, brew a strong tea and let it cool. Then add sparkling water. Voila, now you have carbonated tea.

Related Articles
Black Tea - What You Need to Know About the Global Superstar
Is Tea Healthier than Soda According to Science?

Tea is a natural drink and is not carbonated. What we call carbonated drinks are beverages with dissolved carbon dioxide.

As both sodas and teas have become popular, beverage companies now offer carbonated versions of tea. However, nearly all forms of tea such as tea bags, loose-leaf, powder, or mixes are not carbonated.

Dr. Dheena Sadik
Dr. Dheena Sadik is a consultant Nutritionist and Dietician. She has over a decade of experience in the health and fitness industry.
Learn more
An Important Disclaimer: The information on this site is not intended or implied to be a substitute for professional medical advice, diagnosis or treatment.
Affiliate links / Images from Amazon Product Advertising API. Tea Leafed is a participant in the Amazon Services LLC Associates Program, an affiliate advertising program designed to provide a means for website owners to earn advertising fees by advertising and linking to amazon (.com, .co.uk, .ca etc) and any other website that may be affiliated with Amazon Service LLC Associates Program. As an Amazon Associate I earn from qualifying purchases.
Copyright © 2022 · Tea Leafed · All Rights Reserved