Serenity with Every Sip: The Best Tea for Anxiety

Anxiety is your body’s reaction to certain stressors.

Regardless, it isn’t a pleasant feeling and most people turn to various remedies to rid themselves of it.

If this is something that you are looking to do as well, then you need the best teas for anxiety.

Of course, this list is vast and varied, so you are going to require the following guide:

Table of Contents:
The Most Relaxing Teas
Chamomile Tea
Valerian Root Tea
Lavender Tea
Passionflower Tea
Lemon Balm Tea
Ashwagandha Tea
Ginseng Tea
Tulsi Tea
Tips for Selecting the Best Calming Tea for You
What You Should Know About Drinking Tea to Calm Anxiety
A Note About Continuation
The Best Teas for Stress and Anxiety

The Most Relaxing Teas

No thanks, take me to the The Best Teas for Anxiety

To begin with, you will need to know which teas are going to offer the most calming effects.

Here are the best teas for relaxation:

However, does chamomile tea help with anxiety as well?

It can actually be used to alleviate symptoms associated with general anxiety disorder (GAD).

In fact, it has a similar impact as certain pharmaceutical drugs provided to individuals diagnosed with the condition.

Valerian root has long been used as an herbal remedy for numerous afflictions.

And, now, there is some evidence to show that it could ease the psychological symptoms of GAD.

In particular, valerian root has an anxiolytic effect.

This means that it targets the chemical messengers in the brain and works to inhibit the effects of anxiety.

Lavender, too, is typically linked to sleep.

However, it does have a calming effect too.

Thus, it works well if you have anxiety regarding an impending situation such as a dental appointment, test, etc.

In this instance, lavender can help to take the edge off and reduce any negative emotions related to that event.

Passionflower is yet another herbal remedy that can help with generalized anxiety disorder.

It has shown to be as potent as traditional drugs in managing the symptoms associated with the condition.

Actually, this remedy may actually be the better solution.

Unlike certain pharmaceutical treatments for anxiety, passionflower doesn’t cause any job impairment.

Thus, it may be safer too.

Lemon balm has often been used as a calming agent or even a mild sedative.

Only lately, though, have scientists been considering the impact of lemon balm on psychological stress and anxiety.

Well, lemon balm certainly has potential to treat this ailment.

It can alleviate negative moods and induce a sense of calm and relaxation, particularly during stressful events.

At the same time, lemon balm doesn’t have any negative impact on cognitive reasoning or capabilities.

Ashwagandha has been a central Ayurveda remedy in India for many years.

It is now growing in popularity in Western regions as well, and for good reason.

This root can help to relieve anxiety quite a bit.

In fact, researchers have been able to find that people who take ashwagandha record a significant reduction in their blood cortisol levels.

Due to this, there is a notable reduction in the physical manifestation of stress and anxiety.

Ginseng is quickly gaining popularity as an herbal treatment.

It certainly has a rather interesting impact on people diagnosed with anxiety.

Ginseng is quite effective at suppressing stress.

Furthermore, it is great at protecting nervous system.

The combination of these two features makes it the best tea for stress and depression.

Tulsi is often known as holy basil and is a rather common herbal remedy.

In particular, it is known to significantly reduce the symptoms associated with GAD.

It is also rather great at alleviating stress and depression as well.

Tips for Selecting the Best Calming Tea for You

When you look at the above list, you can see that the teas are all quite different to one another.

So, how can you choose the best stress relief tea for you?

Well, this does involve a bit of trial and error.

While all these teas can help to alleviate anxiety, they can have varying impacts on each person.

Thus, what may help to calm one person may not have any positive effect on you.

Due to this, you will need to experiment a little until you find a tea that works well for you.

Of course, there is no need to limit yourself to one kind of tea.

You may find it more beneficial to drink two or more teas for the optimal results.

What You Should Know About Drinking Tea to Calm Anxiety

All these teas are natural and, as such, there should be a lowered risk of side effects.

Nevertheless, it is still possible to experience an allergic reaction or certain adverse responses.

Therefore, you should start by drinking one cup a day until you can be sure that you aren’t allergic to the tea or sensitive to certain elements.

If you do notice any kind of adverse reaction, stop drinking that tea immediately and seek medical attention.

In case you are pregnant or breastfeeding, always check with a doctor before you begin any new herbal teas or treatments.

It should also be noted that some herbal remedies can negatively interact with certain medications.

There is also a chance that some herbal teas can exacerbate specific medical conditions.

So, if you are taking any kind of medication or have been diagnosed with a particular disease, speak to your doctor before taking these teas.

Always follow the instructions provided by the manufacturers and drink the teas in moderation.

A Note About Continuation

Keep in mind that many of these teas may not have an immediate impact on your anxiety.

For general anxiety, you may need to drink the teas on a more regular basis.

In case you would like to avoid anxiety associated with a specific event, then you may need to drink the tea well in advance.

The Best Teas for Stress and Anxiety

These are the top teas for anxiety that you can buy:

Davidson’s Tea Chamomile Tea
If you want to brew a stronger, more wholesome cup of chamomile tea, this is the brand for you.
CHECK PRICE
What We Like:
What We Don’t Like: 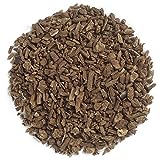 Frontier Co-op Valerian Root Tea
Looking for the most authentic form of valerian root tea? This is it!
CHECK PRICE
What We Like:
What We Don’t Like:
Sale

FGO Lavender Flower Tea
If you want a delicious and aromatic tea – that is also beneficial – then this is the one for you.
CHECK PRICE
What We Like:
What We Don’t Like:

Tadin Tea Passionflower Tea
Looking for a tea that is easy to whip up? Look no further!
CHECK PRICE
What We Like:
What We Don’t Like: 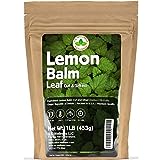 U.S. Wellness Naturals Lemon Balm Tea
If you are looking for a nutrient-potent and fresh tea, then this is going to be the tea for you.
CHECK PRICE
What We Like:
What We Don’t Like: 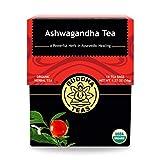 Buddha Teas Ashwagandha Tea
If you are looking for an easier way to begin your relaxation journey, then this is the brand for you.
CHECK PRICE
What We Like:
What We Don’t Like:

Organic Traditions Teas Tulsi Tea
If you are looking for a fragrant and uplifting brew, you will definitely find it with this brand.
CHECK PRICE
What We Like:
What We Don’t Like:

American Ginseng Root Tea
This brand ensures that you get an all-natural and effective brew.
CHECK PRICE
What We Like:
What We Don’t Like:

These are the top teas for anxiety. So, if you need something to calm your nerves, any one of these teas will do the trick for you!

You just have to narrow down the right option for you.

If you enjoyed this post, head over to our Pinterest page. We have lots of other herbal remedy ideas for all your ailments!

The Shining Truth: Will Tea Stain My Retainer?
Truth or Myth: Will Tea Affect a Fasting Blood Test?
A Tinge of Doubt: Can Tea Stain Your Tongue?
Asking the Painful Question: Can Tea Irritate Your Bladder?